Best Games to Stream on Mobile

Best Games to Stream on Mobile

In this article we break down some of the top games to stream on mobile in 2021. 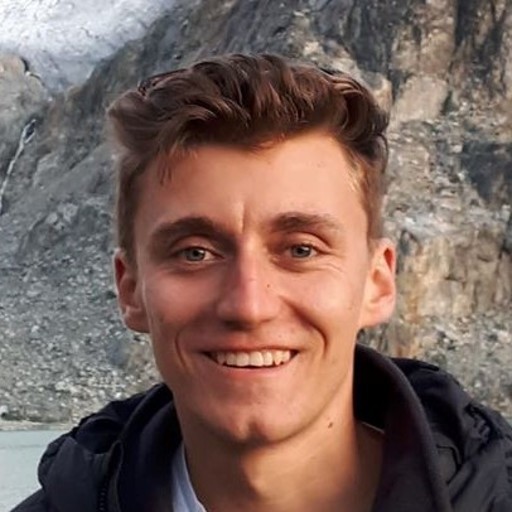 As the quality of mobile games continues to rise, it’s no surprise that mobile streaming continues to grow in popularity. There has never been a better time to be a mobile streamer, but for people just starting out, the question becomes which game to play? In this article we’ll dive into 8 of the most popular mobile games to stream in 2021.

First, a refresher on how to start streaming on mobile. Like Streamlabs Desktop for your mobile device, the Streamlabs mobile apps provide a free all-in-one livestreaming solution. Available on the App Store and the Play Store, the mobile apps let you go live in seconds, stream your games or go live IRL with your camera, and they work with Streamlabs widgets like the alert box, chat box, and recent events. For more information on the apps, check out this guide to getting started streaming on mobile.

Once your stream is setup, it’s time to play some games!

You've probably heard of League of Legends (LoL). Well, if you loved playing LoL, you will love Arena of Valor (AoV).

This multiplayer online battle arena game launched November 30, 2016, and has since gained a global fanbase. You'll have the opportunity to participate in multiple leagues in tournaments (which makes it one of the most popular mobile games to date).

There are dozens of heroes to pick - from tank to mage. There are even popular DC characters to choose from, like Superman or the Joker.

Player Unknown's Battlegrounds Mobile - better known as PUBG Mobile - is a mobile game adapted from the classic PC version. With players on Android and iOS devices, it's clear why the game has 5 million followers on Twitch.

PUBG Mobile is a battle royale mobile game released in March 2018. The game offers fantastic visual quality, maps, shooting experience, and an absolutely surreal battle royale experience. A hundred players are dropped onto a battlefield. They are left to fend for themselves, scavenging survival supplies and exploiting the terrain, vehicles, and items to become the last player standing. More than a great game to stream, it’s simply a fun game to play.

Another battle royale shooting game, Free Fire puts 50 players on an island to fight to be the last player standing. Don't worry, you don't have to go all Hunger Games all the time in this game - other game modes are also available. One popular mode is Clash Squad. Two teams of four players are placed in a small area where they battle it out in multiple rounds to determine the victor. There are also more casual modes, like Pet Rumble, which is a battle of wits.

A Brazilian content creator, Bruno "Nobru" Gus, is the Twitch hero of Garena Free Fire. In 2020, his channel accrued 24.5 million hours watched - with his own Free Fire tournaments contributing a significant amount to that number. His championships were among Twitch's top 10 most popular esports events in July and December 2020. Nobru's main platform is YouTube, where he has 11.8 million subscribers.

Garena Free Fire is the most popular mobile game to stream, with eight out of ten mobile streamers primarily broadcasting the game.

Call of Duty was already one of the most popular franchise series, with Modern Warfare (2019) and Black Ops Cold War (2020) listing as the best-selling video game in their respective years. The 2020 release of Call of Duty: Warzone, a free-to-play battle royale game, quickly gained over 100 million players. Yet, these achievements pale next to Call of Duty: Mobile, the mobile title designed for iOS and Android that reached 1 million downloads on day one, October 1, 2019. Not even three weeks later, it had more than 100 million downloads. By May 2021, 500 million individuals downloaded the app. Why is that significant, you ask? The franchise's core entries, which have been regularly releasing new titles since 2003, have currently sold over 400 million combined copies.

The bottom line: Call of Duty: Mobile is incredibly popular. Here are various modes to play with friends, including:

It's the thrill of Call of Duty from the comfort of your phone. It's also easy to set up a game. Just smack the invite button.

Clash Royale, along with Free Fire and PUBG on this list, surpassed the 10 million-hours-watched list on Twitch in 2020, with 14.8 million hours. This is a huge difference from 2019, when Clash Royale only had 4.2 million hours watched.

If you're a fan of Supercell's Clash of Clans, you probably already know about Clash Royale.

Supercell really knows how to take complex genres and condense them to the purest form, which is exactly what they’ve done with Clash Royale. Take out your opponent's towers and protect your own. The simplicity makes it easy (and fun) to spend hours on repetitive gameplay, building the perfect, unbreakable defense. Or maybe you like going on the offense, you absolute barbarian.

With players ranging from ages as low as five years old to well into adulthood, Roblox is undoubtedly a diverse game. The game is available through your browser, the Amazon app store, Xbox One, the Microsoft Store, and of course on the App Store and Play Store.

Roblox was already popular but certainly has seen a surge through the COVID-19 pandemic. The number of active Roblox players increased 35% between February and July 2020.

In the free-to-play game, players create an avatar that they can take into pretty much any type of environment you can think of. There are tropical islands, haunted castles, cities, mystical wonderlands. Players can even engage in first-person combat if they want. Many turned to Roblox for an outlet for all the things you couldn't do IRL during the pandemic.

Unless you’ve been living under a rock, you’ve heard of Pokemon Go. You may have even seen the chaos that ensued when it first launched as people took to the streets, disrupted traffic, and flocked to parks with phone in hand to quite literally catch ‘em all.

Trainers across the globe can come together and take on powerful legendary Pokemon like Mewtwo, Lugia, Rayquaza, or Mega Evolved Pokemon like Mega Slowbro or Mega Houndoom. Stream your journey to complete the Pokedex, shiny hunt, raid, battle against other trainers in the Pokemon Go League, and compete in epic gym battles.

Doubling up with apps like Poke Raid makes it easier for those who live in areas that aren't Gym heavy, so there’s always something Pokemon to stream.

Pokemon Go has 1.1 million followers on Twitch and over 100 million downloads. It’s an excellent choice for mobile gaming streamers who love strategy and adventure games. Even gamers who were never really fans of the core series Pokemon games spend countless hours on the mobile app.

Gameplay is simple enough: Catch Pokemon. To battle, repeatedly smash your screen with your finger until the opponent's health bar is gone.

Turn-based strategy gamers, your time has come. Summoners War: Sky Arena was launched in 2014 and is available on iOS and Android.

Players begin the game as a summoner who opens scrolls to acquire monsters to fight for them against other summoners. There are so many monsters to choose from and different ways to strengthen your home base and team. The main storyline is single-player, but there are various cooperative and multiplayer competitive modes you can participate in.

You'll find that there are plenty of games that share similar titles and gamely as Summoners War: Sky Arena. Still, none have the same consistent viewership, with 860 thousand followers on Twitch.

You can’t go wrong with any of the games listed above. Streaming is supposed to be fun, and with these mobile games, it will be.

As a reminder, however, your viewers come to see you more than they come to see the game you play. So make sure to let your personality shine through and to converse with your audience. For tips on how to grow your mobile streaming channel, check out this article.

How to Stream to Twitch on Mobile

Learn how to stream to Twitch on iOS and Android. Download the Streamlabs mobile app and stream your games and your camera.

How to Stream Mobile Games

In this article, we explain how to get started streaming to YouTube on Android and iOS.