With so many options like Twitch, YouTube Gaming and Microsoft Mixer, where will you build your streaming empire? 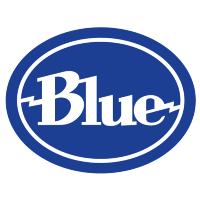 This post was originally published on Sound Mind | The Blue Journal on February 8, 2019.

Gamers have been pledging their loyalty and taking sides ever since video games had selectable characters. Red vs. Blue. Horde vs. Alliance. Terran vs. Protoss vs. Zerg.

Now, in the new era of gaming, we’re forced to make another choice — where will you build your streaming empire? With so many viable options available like Twitch, YouTube Gaming and Microsoft Mixer, it can be tough to tell which platform is right for you. That’s why we broke everything down to the four things that matter most to gamers. Don’t worry — we’ve got your six.

Depending on your preferred platform, one streaming site may offer more benefits than another. According to a 2018 study by the ESA, 41 percent of gamers choose a PC as their primary platform, while 36 percent prefer consoles. When it comes to streaming platforms like Twitch, YouTube Gaming and Mixer, the PC outweighs console gamers by a long shot. All three platforms offer full support for PC, but console streamers may have to purchase an external capture card.

At the end of the day, the most important part of your stream is the user experience. Depending on the type of content you want to stream, some platforms may offer a better user experience than others.

Alright, time to get down to brass tacks. If you’re looking to become a professional streamer, part of the game is being able to earn enough money to actually make a living. Twitch features an affiliate program as well as a partnership program that allows streamers to generate revenue with four different monetization tools: cheering with bits, subscriptions, game sales and advertisements.

In order to become an affiliate you must meet 4 requirements:

Unfortunately, there are no set rules for becoming a Twitch partner, and applicants are selected on a case-by-case basis.

YouTube Gaming allows streamers to make money through Google AdSense in a variety of formats after they’re accepted to the YouTube Partner Program. In order to be considered for the program, your channel must reach 4,000 watch hours in the previous 12 months and 1,000 subscribers — a significantly tougher task than becoming a partner on Twitch or Mixer.

Mixer allows for monetization in much the same way. In order to join the Mixer Partnership Series, streamers must meet the following requirements:

Excluding the Twitch Affiliate Program, which offers the least opportunity for monetization, the Mixer Partnership Series has the lowest bar of entry, making it the best option for making money in the short term. However, if you can amass a large enough following to become a Twitch Partner, you’ll reap the largest bounty.

Twitch is owned by Amazon and has been around since 2011. In that time, they’ve amassed over 15 million daily active users, with over 220,000 affiliates and 27,000 partners. Twitch definitely has the largest audience, which means it has the highest potential for reach — however, it’s also the most saturated platform, making it difficult for new streamers to stand out.

While Twitch is primarily used for live game streaming, they allow all forms of content including tips and tricks, walkthroughs and even makeup tutorials. It’s also the most well-known gaming platform, making it easier to land sponsorships and partnerships with gaming companies.

Google launched YouTube Gaming in 2015 as part of its efforts to broaden their scope of entertainment. YouTube is a familiar destination, and some streamers may already have a dedicated following on their primary YouTube channel. However, YouTube Gaming accounts are separate from primary accounts, so while you may have an established fan base, you’ll still have to do some work to get them to hit that subscribe button again.

Microsoft Mixer may have the smallest fan-base, but it’s growing. Mixer originally launched in 2016 but Microsoft didn’t acquire it until the following year. In 2018 Mixer increased their viewership by 90 percent to 9,500 — and that doesn’t even count Xbox One streams. A small, yet growing fan base is good news. It means there’s less competition to stand out now, and if you make your mark early you could be one of the biggest streamers when the platform takes off.

At the end of the day, there’s no right or wrong platform for streaming. What’s important is that you consistently create quality content and have fun doing it. Use this info to help you decide which platform is right for your unique brand of content. Stay tuned for more tips and tricks on taking your stream to the next level.

Where to Find Your Twitch Stream Key

Enter Your Stream Key and Broacast Live to Twitch

In this blog post, we’ll be showing you how to set up credit card donations via your Streamlabs Dashboard. You can also find FAQs towards the...