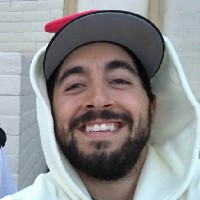 One of the key features of TwitchAlerts is the ability to show a fun alert and create a positive feedback loop between you and your viewers. We allow you guys to upload files that we host, which initially we limited to 10mb. We realized shortly after that this wasn’t enough, and upped the cap to 30mb.

{visualize a picture of cloud storage, bursting at the seams}

Now we’re in a similar situation: you guys want more disk space for your ultra-high-fancy-smancy gifs and audio, so we’re going to double the limit to from 30mb to 60mb for free. Hopefully this gives you enough space to be creative and doesn’t make you feel held back by disk space.

On a side note, we launched our Pro membership for viewers last week and it has seen some praise and success; everyone loves the little effects. Now that we have this membership, it opens the possibility to give Pro users (who are also broadcasters) a super-sized upload space for all of their alerts and variations. If there is enough interest we can get it added in, so let us know what you think below or on Twitter.

Jerod Collins AKA The8BitDrummer has been streaming on Twitch for the last four years. He channeled his passion for creating music and…

With so many options like Twitch, YouTube Gaming and Microsoft Mixer, where will you build your streaming empire?

What is ASMR? A conversation with Twitch Streamer MaryJLeeee

ASMR has become increasingly popular, especially within the last year. Hop on Twitch and it won’t take you long to find someone creating…