At 26 years of age, Ben Munoz suffered a rare form of stroke called arteriovenous malformation (AVM). Unable to find the emotional support he was... 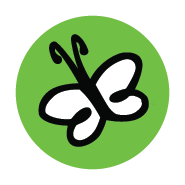 At 26 years of age, Ben Munoz suffered a rare form of stroke called arteriovenous malformation (AVM). Unable to find the emotional support he was looking for after surgery, and during his lengthy road to recovery, he created an online patient community, AVMSurvivors.org in late 2007 to find others like him.

When Ben started to connect with other AVM survivors, it became apparent that “community is the best medicine.” His good friends, and later hundreds of volunteer moderators, joined Ben in founding BensFriends.org, with the sole focus of creating and operating safe, compassionate and informative communities for patients with rare diseases and chronic illnesses, and their families, friends and caregivers.
Since those early days, Ben and his friends have started dozens of online communities through Ben’s Friends, helping hundreds of thousands around the world. We now have over 40 communities providing support for patients and caregivers dealing with conditions from Atrial Septal Defect to Von Willebrand’s Disease. We have approximately 80,000 members around the world, and over 200,000 people visit our sites and count on our resources each month.

A Message from Ben:

“I’m forever thankful to the neurosurgeon for saving my life. However, each time I left the doctor’s office or the hospital during my treatment and recovery from the brain hemorrhage, I felt lost and lonely. How am I supposed to know what to do next?

The first few months after my brain surgery was an emotional roller coaster. The turning point came when I was put in touch with a friend of a friend who had been through a brain hemorrhage like mine and knew what it was like. We spoke for a long time and he answered the million questions that I had about treatment and recovery. I wanted desperately to connect with others who also had an AVM brain hemorrhage and talk more about the emotional aspects of this life-changing experience.
I was able to put together a good enough website to invite a few people from a mailing list to come join me in an open discussion of what we were going through. I was so thankful to connect with others who knew what I was going through and members who joined felt the exact same way. It became apparent as the community doubled in size, again, and again, that we had created something special.
We wanted to share that emotional connection with patients of other rare diseases, so we created Ben’s Friends.”

Meet Michelle: Mother of four children and a member of Ben’s Friends’ Living with Eagle community.

In 2018, Michelle experienced difficulty swallowing. Things became worse and eventually, Michelle started drinking shakes because that was easier than having to chew.
She consulted around 10 different doctors but all of them dismissed her symptoms.

She had read that getting a steroid shot in the neck can improve swallowing so she looked for a doctor who was willing to do it. During that appointment, the doctor found calcification of a ligament on both sides of her throat. She’s suffering from Eagle Syndrome.

After a disappointing consultation, Michelle researched Eagle Syndrome on Google right away and stumbled upon Ben’s Friends’ Living with Eagle community.

She started to learn more about her disease by reading the posts on the website. She has also read about a good surgeon who’s familiar with her condition and works in a hospital near where she lives. Unfortunately, she was not able to get an appointment with this doctor so she had to see another one from the same hospital. The appointment didn’t go well.

After this appointment, Michelle signed up to become a member of the Living with Eagle community. She posted about her experience on the site and was overwhelmed by the support from the members.

Now armed with knowledge, Michelle met with the other surgeon and scheduled surgeries to remove the calcifications on each side.

She experienced some weird things after the two surgeries but the support she received from the Ben’s Friends community helped her get through them.

“The moderators and fellow members were encouraging, informative and lifted me up when I started to worry too much.”

With 7000+ rare diseases and 400M+ rare disease patients around the world, we need to do more to increase the depth and breadth of online support. Together on National Nonprofit Day, we can change lives so no patient ever feels they are alone.

• $50 gives 500 patients the comfort they need whenever they feel lost and scared.

Charity Spotlight: Stand Up To Cancer

Suicide is a public health crisis that disproportionately impacts the military community. Let's look at the numbers: Veterans and service members...